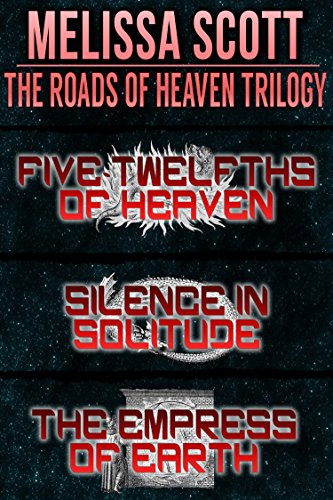 It's a wonderful source for story because it combines two primary modes of SF: building a detailed fictional world outside of the areas we already know and extrapolating its consequences, and using a fictional world as a different perspective from which to view our own. Readers myself definitely included love the sense of history and lost knowledge in a fictional world, and the opportunity to rediscover and piece together that created history, and seeking out a lost Earth is a great quest story with a goal that the reader automatically cares about. And Scott does use all of that here.

It's a perilous idea, though, because the introduction of Earth into a well-constructed fictional world produces a sharp reality check, and not all fictional worlds can survive.

A Queen, Two Kings, and a Kingdom: The Story of Eleanor of Aquitaine

We the readers know Earth. We live in it, and it has mental weight. Some of the worst moments of the same famous lost-Earth stories are the moments when Earth is found.

Much of the beauty of this series is in Scott's beautifully constructed alternate technology, and I was both eager to see how she'd weave Earth into that picture and worried that it would collapse the sense of wonder. My verdict: it mostly works and provides a satisfying conclusion to the series, but it's not as good as the previous books.


I think the main problem is structural. After a tense and action-filled opening, The Empress of Earth settles into an extended introduction of not only a world but a contrasting society and understanding than the rest of the series.

This does not collapse Scott's excellent technological system; in the end, it strengthens it considerably for me. Barnett , in Portsmouth, New Hampshire for 27 years, until the latter's death of breast cancer on May 2, From Wikipedia, the free encyclopedia. For other people named Melissa Scott, see Melissa Scott disambiguation.

Bucconeer Barnett , Point of Dreams , with Lisa A. Jefferson, N. Our characters stumble through the motions of taking public transportation, find themselves entirely perplexed by credit cards and intimidated by computers, but find out that smuggling works similarly all across the universe. Sometimes the differences are hilarious—I laughed out loud when, in the new version of the novel, Silence was painstakingly trying to describe what seemed to me like a MIDI keyboard.

But sometimes these differences are profoundly thought-provoking. I enjoyed both versions of the book, but overall preferred the revision over the original. The voyage to Earth is roughly similar—only the events on Earth are different. Some characters who originally chose to stay with the spaceship now join the adventures, and the book is all the stronger for it, while keeping all my favorite scenes from the original largely intact. There is also more magic—one of the big selling points of the series to begin with—and there are more explicit explorations of how symbols work both in magic and in politics.

The characterization is also stronger in the new edition. There was a moment that really jarred me in the original version in which Silence used her magic to kill people who were attacking her, and I felt that she was dishing out murder in an all-too-casual manner. This scene goes very differently in the new version, and the changes solve all my issues with the earlier version. Scott even lampshades the previous narrative slightly: another character later points out to those characters that Silence could easily have killed them.

The characters stay together in their polyamorous triad. I enjoyed the fact that the two men are also depicted as being attracted to each other. While this is not necessarily a given and all sorts of configurations are possible in polyamory, it does show both same- and other-gender relationships within this particular triad.

Silence herself seems heterosexual: there is a scene in which she faces apparitions of people she has been attracted to, and they are all men.